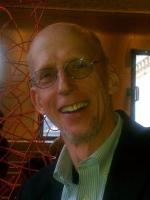 Alternative Medicine: Dr. Eyerman is certified in Integrative Holistic Medicine, Ayurveda, Transpersonal Psychology, Holotropic Breathwork, and Psycho-Spiritual Breathwork. He has lectured on the therapeutic benefits of Holotropic Breathwork at Washington Universitiy-St.Louis, the American Psychiatric Association/Italian Psychiatric Association Meeting—Sienna, University of California San Francisco, and EUROTAS conferences in Crete and Milan. He been trained in western herbology. He has been the Medical Director at the Ayurvedic Spa/Maharishi Ayurvedic Health Center in Sainte Genevieve, Missouri. He trained in Ayurvedic Pulse Diagnosis and Jyotish in India with Drs. Triguna and Balraj Maharishi and Dr Raju. He has been fortunate to study with the top physicians in Ayurvedic and Tibetan Medicine. He has trained with Don Manuel Quispe, pictured on the cover of National Geographiic in 1964 as "the Inca" . He studied Hatha Yoga, Pranayama, Meditation, Puja, and Homa with Shree Maa and other Yogis. He studied for over 10 years with a renowned Jyotishi, Narendra Desai. He received his direction from Thomas Merton who suggested he "read Jung and learn to meditate."