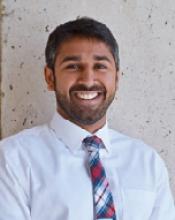 Understanding the neurobiology of psychiatric disorders remains a formidable challenge in no small part due to the inherent complexity of the human nervous system.  Further complicating research efforts, living human brain tissue is largely inaccessible for basic research and therapeutic development. These limitations have motivated efforts to develop human stem cell-based in vitro models of the brain.

Skin biopsies from patients (and controls) can be converted into stem cells, which can be subsequently differentiated into a variety of brain cell types including neurons and astrocytes. Initial efforts to model brain disorders using stem cell-derived neurons focused on conditions with known monogenic diseases such as Rett syndrome 1. A subsequent study investigated idiopathic cases of autism by studying the phenotypes of stem-cell derived neurons from cohorts of patients without known genetic risk factors 2. Another study found that stem cell-derived neurons from bipolar patients were hyperexcitable, and this cellular phenotype could be rescued with the addition of lithium to culture media 3.

More recently, stem cells have been differentiated into three dimensional, self-organizing models of the brain, called human brain organoids. These in vitro models are more complex than their two-dimensional counterparts and hold promise in modeling more intricate features of brain development and pathology.  Human brain organoids grow to several millimeters in size and can be cultured for months to years 4. They can form cortical layers, ventricle-like structures, and even optic cups containing retinal neurons that can be activated by light. Organoids can also model features of human brain development not observed in rodent models, such as the proliferative capacity of outer radial glia cells that relate to the increase in cortical size during evolution between, for example, mice and humans.  Changing differentiation protocols results in organoids that represent different brain regions relevant to psychiatric disease including the Raphe nucleus, hippocampus, cortex, and midbrain. By fusing organoids representing different brain regions, inter-regional connectivity and neural circuits can be modelled in vitro. Brain organoids can be genetically altered with CRISPR-Cas9 gene editing, neuronal connectivity can be probed with optogenetics, and unique cellular transcriptomes and identities can be identified with single cell sequencing 5.

The complexity of brain organoid models and their compatibility with molecular neuroscience tools is drawing neuroscience researchers into this new field. Many researchers have their sights set upon using organoids to better understand normal and pathological neurodevelopment, neurodegeneration, and neuropsychiatric disorders. Thus far, investigations using brain organoids have generated insights into potential pathophysiological mechanisms of a variety of diseases (reviewed in 5).  The future appears bright for brain organoids to elevate psychiatric disease research. Nonetheless, brain organoids have certain limitations. Most brain organoids lack sensory inputs and cannot be used to study behavior, at least in isolation. To address these shortcomings, several research groups have transplanted human brain organoids into the rodent brain to study the impact of human neurons on rat or mouse behavior 5.

As with any frontier in basic neuroscience research, there is palpable excitement and a sense of great potential. It will be up to neuroscientists and clinician-scientists to guide the brain organoid field towards discoveries that are clinically meaningful and relevant to patients suffering from psychiatric disorders.