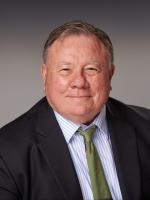 A Distinguished Life Fellow of the American Psychiatric Association (APA), Robert Cabaj, MD, has worked most of his career in the Public Sector, currently fifteen years as the Medical Director of the San Mateo County Behavioral Health Services (Mental Health and Addictions) in California (which includes a free-standing Psychiatry Residency Training Program where he supervises the Training Director). In addition, he was the Behavioral Health Director in San Francisco, CA, for over eight years, as well as the Medical Director simultaneously for some of those years.

A graduate of Harvard Medical School, he did his Psychiatric Residency Training at Harvard-affiliated Cambridge Hospital in Cambridge, MA. While in Boston, working for Massachusetts General Hospital, he led the Community Psychiatry Training and worked in a community clinic in a part of Boston (Bunker Hill Community Health Center). He also served as the first Medical Director of the combined Mental Health and Addictions Program at Fenway Community Health Center.